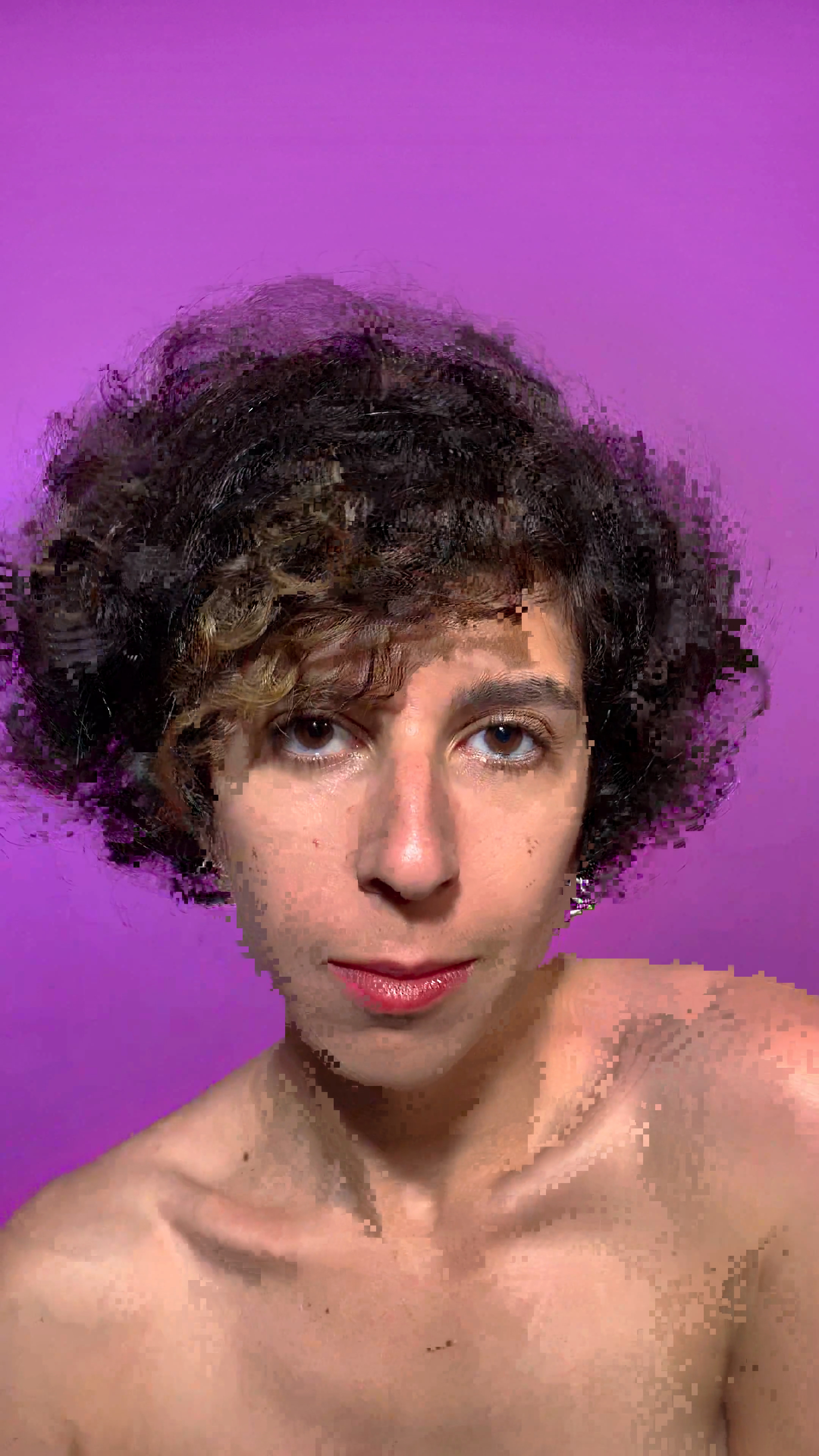 Lady ghagha is a leather cliché. Bodies moving in the blue of the night and vibrating throats leave her speechless. She’s a laser boy, a drummer in the making, a transcriber of breaths, of vocal tremors. She won’t blame you if you scratch her name.

Ghalas Charara (aka lady ghagha) was a jack-of-all trades in the musical and artistic scenes of Beirut, going from assistant sound engineer to boom operator, becoming a technical manager along the way, only to finally start her studies in visual arts at the Valais School of Art and Design (EDHEA) in Sierre in 2012. She did a Research Master’s in Critical Curatorial Cybernetic Studies at the Geneva School of Art and Design (HEAD) until June 2018. She is multiplying her collaborations, in particular with Trafic, a venue in Lausanne that hosts screenings and conferences about digital arts. Ghalas is part of the HOW SOON IS NOW? collective that was responsible for the curation of the 2017-18 season of TOPIC, a venue in Geneva. The curatorial approach aimed, during the season, to challenge the ‘expert’/non-expert divide and was interested in artistic practices that addressed the transmission of ‘hybrid’ knowledge, confronting the established styles and systems through queer, feminist or even Afro-futurist visions and social positions. Since then, she has radically oscillated between a theoretical and poetic writing practice and a performative voice-over of texts by other artists and writers.