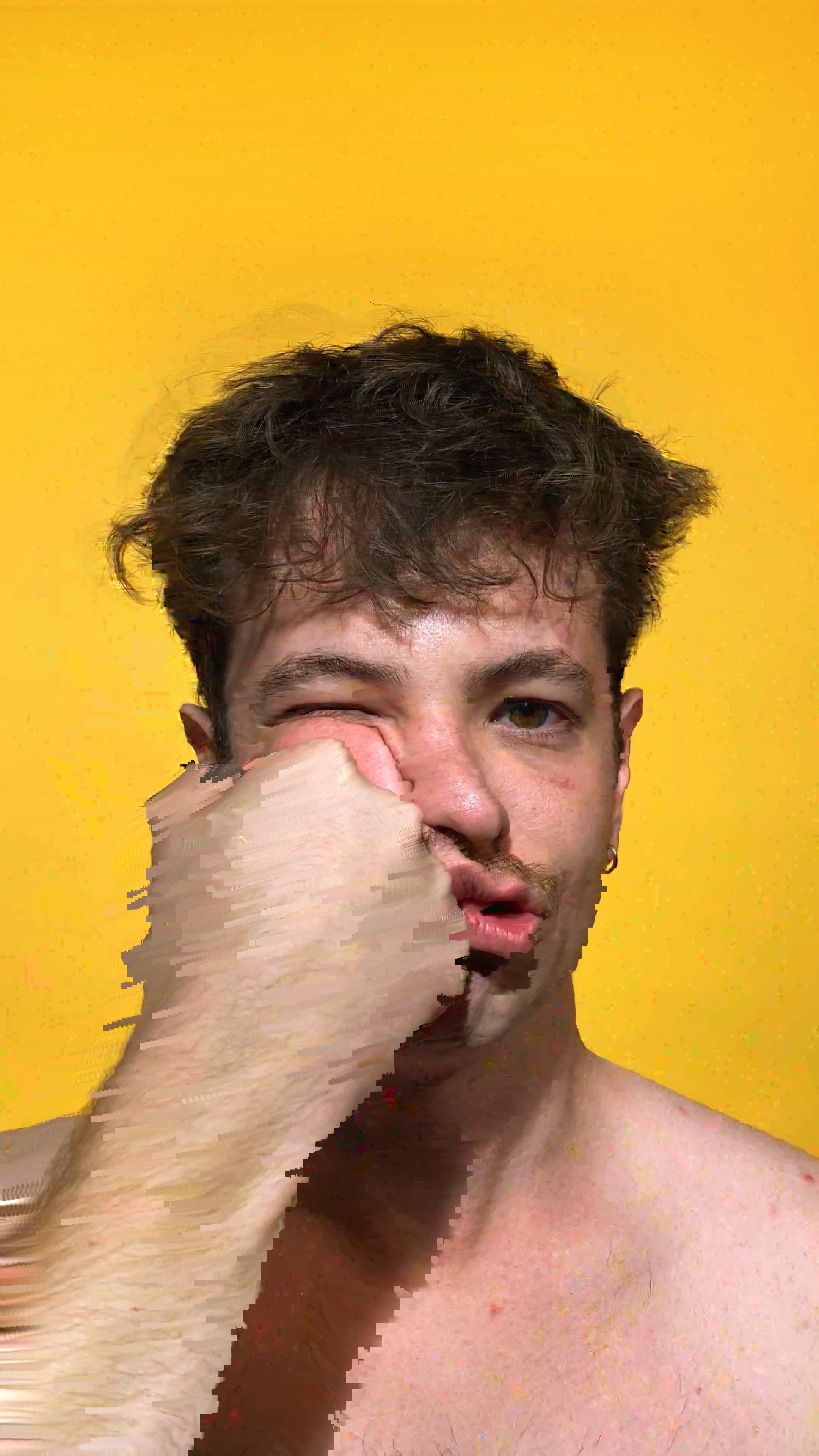 Davide is an icon, a diva, a glittery madonna… or, in any case, he would love to be. Awaiting his glory, he is looking for a type of faith that solves the paradoxes of slightly lost millennials and tries to understand the thrills of dating 2.0, Grindr fame, Tinder matches. You will most likely find him at a bar, where he serves cocktails with a devilish smile, and sometimes on stage, with a natural burlesque energy that forces you to get attached.

Davide Brancato is from Delémont, in the canton of Jura in Switzerland. He studied to be a cook from when he was 15 years old until he was 18. He left for Paris right after to graduate from Cours Florent Acting School. In 2016, he was accepted at the Manufacture – University of Performing Arts in Lausanne, where he joined the class J on his Bachelor’s in Theatre. He worked under the direction of Luk Perceval, Krystian Lupa, Oscar Gómez Mata, Ursula Meyer, Frédéric Fonteyne, Alexandre Doublet and Natacha Koutchoumov. In September 2019, he got a part in the reprise of NOS PARENTS, directed by Pascal Rambert for the La Bâtie-Festival alongside his promotion at the Comédie de Genève. He also performed in Natasza Gerlach’s EVENTFULLY TENDER in the OUT6, a show that had a second run in the Emergentia festival in Geneva, organized by l’ADC Genève, L’Abri and the TU – Théâtre de l’Usine. In 2021, he will once again work under the direction of Pascal Rambert for a new production at the Comédie de Genève.
Davide is the artistic director of the company Homologue, with which he will be developing two main projects throughout the year of 2021. The first is a show called (No) sex friends created with Coline Bardin. It will be presented for the first time in the C’est déjà demain 2021 festival at Théâtre du Loup: a play that explores virtual love and self. The second, that he has already started working on, will focus on the notion of icon: where are the icons of the 21st century? How to find them and make them our own?