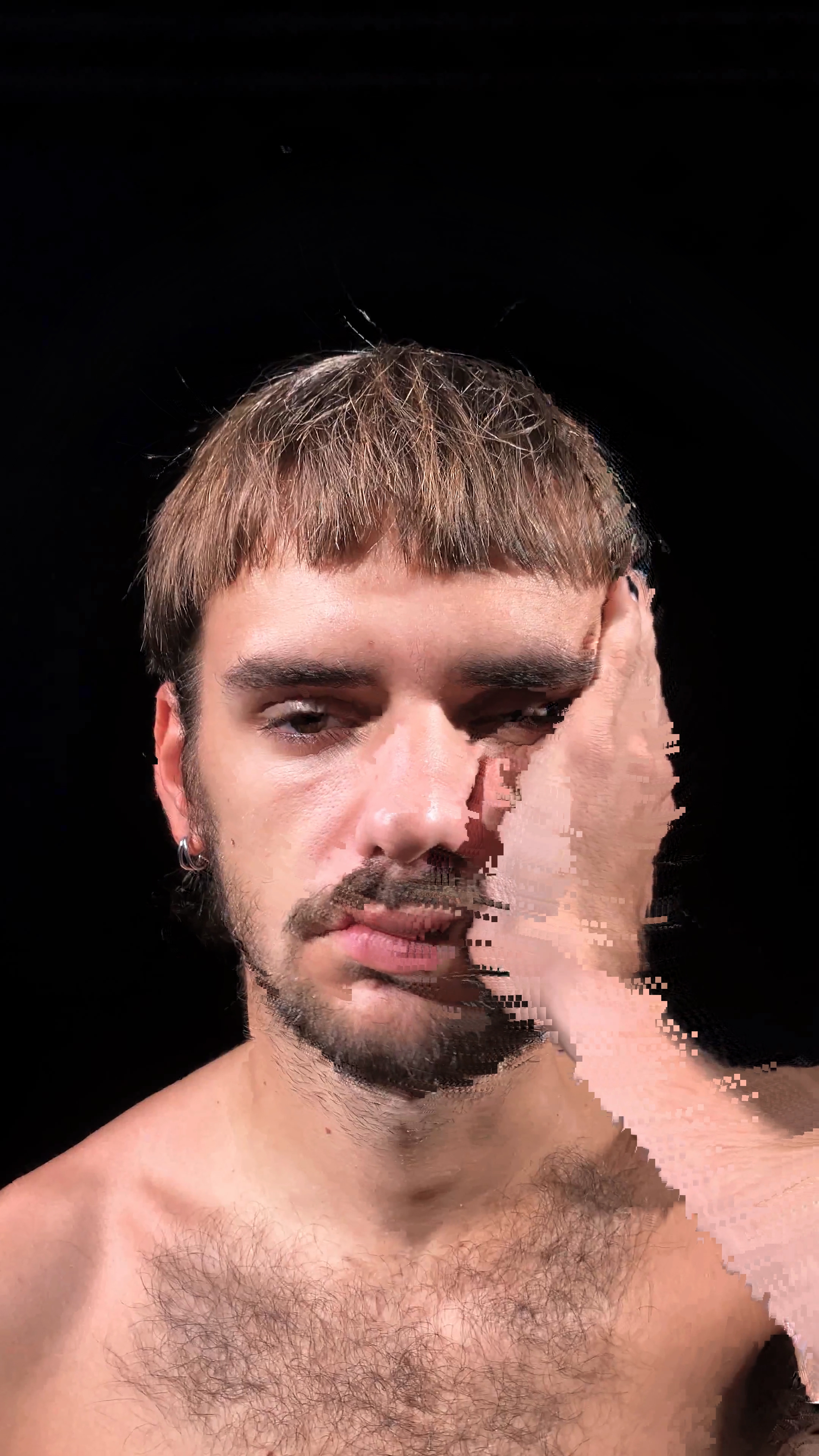 Virtuosity, for Baptiste, is to put the virtuoso in crisis. When he dances, nothing but what is perfect in technical imperfection intrigues him, and it is by following this instinct that he explores the secret power of our vulnerabilities. Mastery is what he seeks in the uncertainty of amateurism, pop harmonization of autotuned voices, standardized hesitations of exercises in style. This is the path he is in at the moment: finding forms of beauty through clumsiness, the beauty that we destabilize and bend back on itself so that in its hesitant fold something human appears.

Baptiste Cazaux discovered, from an early age, his passion for visual and performing arts. He then took drawing and music lessons, but he ended up focusing on dance. After studying classical dance in Biarritz, he joined the Junior Ballet Geneva in 2015 under the direction of Sean Wood and Patrice Delay. Within the company, he performed in productions created by internationally renowned choreographers such as Olivier Dubois, Barak Marshall, Roy Assaf, Sharon Eyal and Thomas Hauert.
Currently a professional dancer and choreographer, he works in Switzerland and Belgium with fellow choreographers, such as József Trefeli, Perrine Valli, Jan Martens and Ayelen Parolin. He presented his first creation EXERCICE DE STYLE # 2, inspired by the eponymous collection by Raymond Queneau, at the Quarts d’Heures de Sevelin (Lausanne), at the Fête de la musique (Geneva) and at the far° festival des arts vivants (Nyon). In this performance, Baptiste was interested in the development of choreographic motifs through improvisation.
His next creation, entitled perfect pitch, will be presented at the Les Printemps de Sévelin festival (Lausanne) and will explore the possibilities of voice correction software applications like autotune, with the aim of questioning the pejorative notion of amateurism and pursuing a performative research on clumsiness and vulnerability.